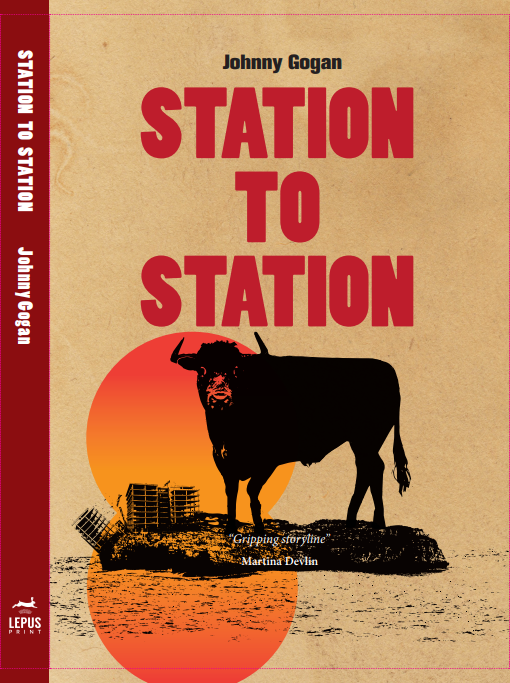 Join us to celebrate the launch of Station to Station, the second novel from filmmaker Johnny Gogan, published by Lepus Print.

Gogan’s ten feature films as writer-director include The Last Bus Home (1997), Mapmaker (2002), Black Ice (2013), the latter now screening on Netflix. His feature documentaries include Hubert Butler Witness to the Future (2016) also screening on Netflix, the Amazon Prime drama-documentary Prisoners of the Moon (2019) and Groundswell (2021), a story of energy politics and how fracking was halted in Ireland. Founding editor of Film Ireland in 1987, other innovations have included the Leitrim-based Adaptation Film Festival which this September recommences its celebration and examination of the relationship of literature and cinema.

In Station to Station quixotic junior diplomat Jack Lennon is posted to Spain in 2008 as the wheels are coming off the Irish and Spanish property boom. When a visiting Irish Minister gives Jack the slip, Seville government press officer Teresa Paz comes to his assistance. Together they pursue John Paul Grealish through the southern coast and are led to the secretive Playa de los Alemanes (The Beach of the Germans). They encounter the remnants of Ireland’s “wine geese”, jaded celebrities, desperate bankers, and an unusual property development. A decade later, Jack is on his knees on a remote Irish pilgrimage island in Donegal and he is looking for revenge