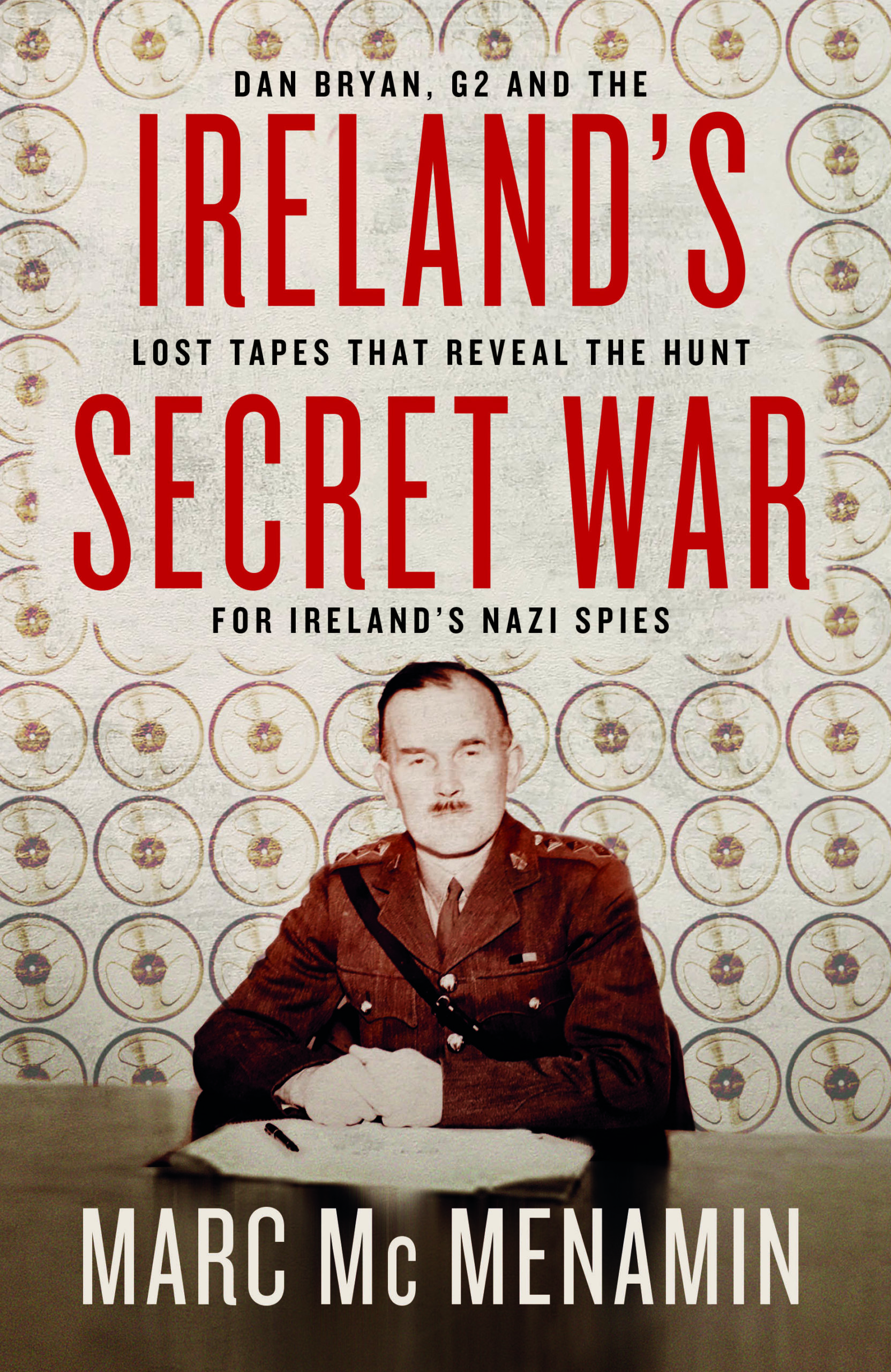 Ireland’s Secret War is a thrilling account of the true extent of Irish–Allied co-operation during World War II. It reveals strategic Nazi intentions for Ireland and the real role of leading government figures of the time, placing Dan Bryan and G2 – the military intelligence branch of the Irish Defence Forces – firmly at the centre of the country’s battle against Nazi Germany.

With the help of over thirty-five hours of previously unpublished audio recordings that were held in storage in northern California for over fifty years, Marc McMenamin reveals the extraordinary unheard history of WWII in Ireland, told from the point of view of the main protagonists.

Fascinating and entertaining, Ireland’s Secret War reassesses the legacy of the Irish contribution to the Allied war effort through the voices of those involved at the time.

Marc McMenamin is a teacher and documentary maker. A specialist in exploring uncharted corners of Irish history, he is also the creator of several acclaimed radio documentaries with RTÉ’s Documentary on One, including ‘Good Cop/Bad Cop’, exploring the life of controversial former NYPD officer Peter Daly; and ‘Richard Hayes, Nazi Codebreaker’, which became McMenamin’s bestselling book, Code Breaker.